The Heart of the Matter: The Investigator as Witness

As part of their role as fact finders, investigators strive to understand the individuals who are part of their investigations. Understanding the difficult position witnesses find themselves in allows investigators to lead with empathy when questioning them, which helps build rapport and facilitates the gathering of information. It also impacts the investigator’s interpretation of the information received and the assessment of witness credibility. Insight into this facet of the job came from an experience last year, when I served as a witness in an investigation.

In January 2021, I took part in an investigation of conduct that occurred in the 2010s, at a school I attended on the East Coast. I anticipated being an ideal witness, because, as an investigator, I knew how to facilitate the process by staying on topic and answering the questions asked, all with a level of comfort that comes with understanding the investigator’s role. What I did not anticipate was how this experience would change my perspective on interviewing witnesses, and how I would interact with witnesses thereafter. After reflecting on being both an investigator and a witness, I have distilled my three most salient takeaways:

Nearly all investigators begin their interviews with admonitions regarding confidentiality, impartiality, and retaliation. However, these admonitions can come across as a legal checkmark — a rote process that investigators are getting through because they are obligated to recite the boilerplate, rather than a genuine download of information offered to help the witness. Such a perception does not engender trust.

As a witness, I was surprised how disoriented I felt by the process, distracted by the questions swirling in my mind: Why are we talking today? Will I be kept anonymous? How much identifying information will be in the report? Will the report be made public? Who determines the next steps? This lack of transparency caused me to question the impartiality of the investigation.

This renewed appreciation for the impact of our admonitions led me to revise my approach when providing my own investigatory admonitions. In addition to the essential points an investigator must cover, I now also proactively weave in as much about the process as I can. This can include stating, in general terms, various facets of the investigative process: the role of witnesses; how the report is structured (with summaries, documents, and findings); how much identifying information will be included about witnesses; and what factual findings entail.

On one hand, in the interests of confidentiality and privacy, investigators cannot be entirely transparent with witnesses, or even the parties. However, outlining the process with as much detail as permissible, including talking about the steps you will go through to conduct the investigation, reach findings, and create the report, tends to put witnesses at ease, develops rapport and trust, and allows the witnesses to be more comfortable speaking with the investigator. Being able to share more information about the process can ultimately make up for not being able to provide many details about the allegations being investigated, the parties to the investigation, and what information you have gathered thus far.

Investigators build rapport with witnesses to put them at ease during what can be a stressful process, thereby mitigating the impact of the investigation on participants and ultimately the workplace. Rapport-building can also allow investigators to gather better information, as witnesses are likely to be more forthcoming, which in turn makes evaluating their credibility less challenging. However, what I had not properly appreciated, until serving as a witness myself, was the value of affirming witnesses’ participation.

As much as there is a back-and-forth between the investigator and witness, an interview is an information-gathering activity and the flow differs from that of a natural conversation. When I was interviewed, I talked, and then I talked some more. Even as someone who is comfortable talking for extended periods, this was challenging due to the lack of affirmation and mutuality in exchanging information. In a normal conversation, there is a back-and-forth, and when you are speaking you receive some physical or verbal indication of how others are reacting to what you are saying, such as head nods. We all know that “um-hum,” for example, can express affirmation, comprehension, or interest.

However, in an investigative interview these normal cues are generally absent. As a witness, it was unclear to me what was helpful, what was relevant, and whether the information I was sharing would be used as part of the investigation or end up in the virtual trash bin on the investigator’s computer. While I am very much aware that investigators cannot transparently respond to these questions, or give any indication that the offered information is being accepted or rejected, small, neutral signs of encouragement, such as, “Thanks for sharing that,” or “This is very helpful,” can lessen the witness’ sense of anxiety in this respect. I have since made a greater effort to affirm to my witnesses that say they are being helpful and that their perspective is valuable. Cues such as, “Go on,” or, “Could you say more about that?” or nodding to encourage the flow of information can also be useful.

Investigators often have quite liberal access to relevant witnesses. Witnesses are often urged to participate in an investigation or sometimes choose to do so, even when they are not directly involved in the conflict. Mandatory or voluntary participation can both involve a certain degree of inconvenience for witnesses, who have busy schedules, curious coworkers, etc. I participated in the investigation without it being an obligation, or even particularly a desire. What was lacking in my conversation with the investigator was an appreciation of me taking time out of my day – sacrificing a potential interview slot for one of my investigations.

The reality is that most employees that investigators ask to speak with will not relish their participation in the investigative process. A brief thank-you is fine, but a deeper acknowledgement of the importance of witnesses, who are the backbone of many investigations, is better. This appreciation can be communicated in a brief acknowledgement, such as, “I want to thank you for taking the time to speak with me today. It was very helpful to hear your perspective and I appreciate you taking time out of your day to connect with me.” Investigator neutrality is not compromised by our showing appreciation; rather, it shows that we are people first and investigators second, and that we recognize witnesses are people first and not just sources of information.

This article originally appeared in The AWI Journal, Vol. 13 No. 3, December 2022. Download the PDF of “The Heart of the Matter: The Investigator as Witness”. 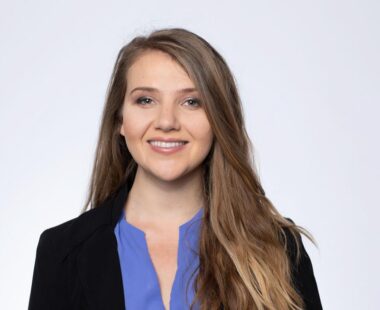