Oppenheimer Investigations Group (OIG) is pleased to announce that partner Zaneta Seidel has been appointed co-chair of the Association of Workplace Investigators’ (AWI) Diversity and Inclusion Committee.

“Zaneta’s appointment is a reflection of her exceptional leadership abilities and unwavering dedication to ensuring safe workplaces where all people can thrive. Her values and expertise align perfectly with this position,” said Amy Oppenheimer, managing partner of OIG. “Similar to how Zaneta’s contributions and service help keep our OIG team sharp, AWI’s Diversity and Inclusion Committee will greatly benefit from having her at its helm. I have no doubt she’ll make an impact, and I look forward to seeing what she will accomplish in her new role.”

Founded in 2009, AWI is an international professional membership association for attorneys, human resource specialists and others who conduct, manage, or have a professional interest in workplace investigations. The mission of its Diversity and Inclusion Committee is to operationalize AWI’s commitment to diversity and serve as a resource for its board on diversity-related questions and concerns. Newly implemented, the Diversity & Inclusion Committee will have two co-chairs with overlapping two-year terms.

A sustaining member of AWI, Zaneta is a graduate of its Training Institute for Workplace Investigators, an AWI Certificate Holder (AWI-CH) and served as Faculty Member at the AWI’s Virtual Institute. She has also received a certificate from T9 Mastered to conduct Title IX investigations.

Zaneta’s practice focuses on promoting safer and more equitable workplace and school environments, which she supports with her focus on performing neutral investigations, mediation and training. Zaneta has conducted more than 100 investigations involving allegations of discrimination based on race, gender, age, sexual orientation and religion, as well as allegations of sexual assault, sexual harassment, retaliation, bullying and other misconduct. More than 30 of her investigations have included allegations reported against high-level executives and elected officials.

In addition to conducting investigations, Zaneta is sought-after by a broad range of audiences, including fellow investigators, to educate on the impact of race in workplace investigations. She frequently speaks and delivers training on issues pertaining to intersectionality and racial bias to shed light on the importance of recognizing and addressing these elements to maintain fair and neutral investigation processes. 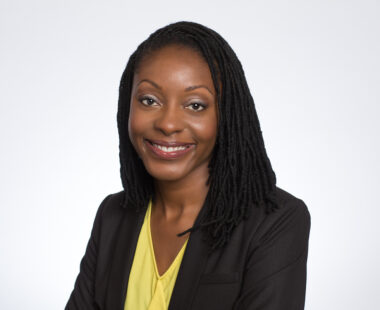